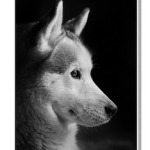 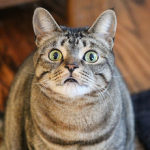 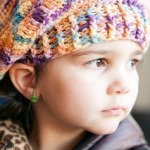 Ears are an important part of the body.  They come in a variety of sizes and shapes.  Hearing is a precious sense.

Have you  ever experienced plugged ears?  I did once.  The onset was gradual.  Each morning I tried to open my ears.  I jiggled and wiggled my ear.  It worked most mornings.  But then, the day came when the unplugging took real effort.  Oh, how I wanted to hear.

I did not hear well due to the build up of cerumen.  A wax plug had come between me and a world full of sound.  It could not be ignored and had to be removed.

I flushed my ears several times with a large syringe of warm water.  Impatience set in, but after flushing several times, at last, wax began to come out.  My opened ears let in oodles of sound that I had temporarily lost.  What a great sensation, stereo sound!  What wonderful relief!  Why didn’t I do this job sooner?

In the Holy Bible, God speaks of a hearing loss that He experiences.  It is not a physical condition, but one that is spiritual.  It is not a wax build-up, but one of sin.  He says in Isaiah 59:2 (NKJV), “But your iniquities have separated you from your God,  And your sins have hidden His face from you, so that He will not hear.”  To have God not hear us is indeed grave.

Oh, that we would not ignore the presence of sin.  Should we not be zealous and self-disciplined to remove our sin in order to correct the hearing loss?  Just as the removal of wax reaped a good reward, forsaking our sin will end our separation from God.  When did you last invest time and effort to confess your sin to the Lord and to forsake it?

The Holy Bible has comes down to us from God Himself.  One such example is illustrated in our card selection. This drawing is of the German Bible which our ancestors brought with them when they settled this land.  It is called, “The Family Bible.”