Hints of thunder tease the wakened sleeper, when at last

Distant sounds echo through the corridors of heaven. 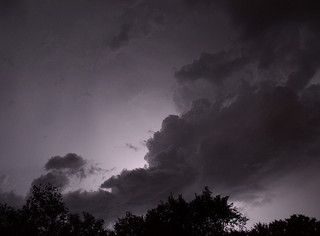 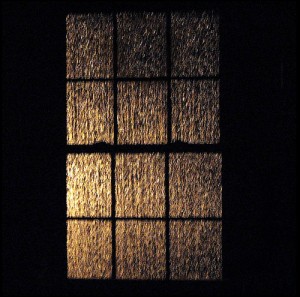 Steady rhythmic beats on the roof drown out the night sounds.

The driving cadence in monotony issues its cozy tenor.

Pouring rain crescendos in the ebony of night,

Then slowing again to pitter…pitter…pat.

Once again silence creeps through the room.

Window panes rattle in its wake.

Quiet resumes with light flickering as a dying candle.

Muffled drumbeats pound the earth as rivulets slide off the roof.

Rhythms fade.  A distant crackle bursts in the skies.

Darkness and silence once again enfold the earth,

Inviting the wakeful eye to relax, to rest, to sleep.

Job 37:11-13 (RSV)  “He loads the thick cloud with moisture; the clouds scatter His lightning.  They turn round and round by His guidance, to accomplish all that He commands them on the face of the habitable world.  Whether for correction, or for His land, or for love, He causes it to happen.”