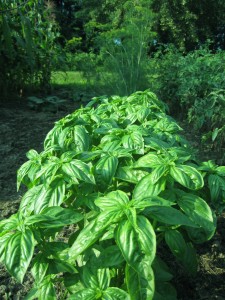 One of the Grabau Grandmas busily went about her work in the garden.  She hoed and weeded and found food for her family.  One day, a rattlesnake invaded her workspace.  She had to defend herself and managed to kill it with her hoe.

My own reaction to that situation causes me to shiver.  I grew up believing that rattlesnakes were “out west”.   I had not heard about the natural habitat for them in southern Wisconsin  and southern Minnesota.  So when I agreed to marry my husband, I had to learn the hard facts about the wildlife around my future home.  We respect the creatures and avoid contact for safety.

I  have not had to battle one as Grandma did.  She and Grandpa worked hard to settle this land and make it habitable for those of us who came after them.  Had they not done the job, it would have been left to the next generation to handle.  I am glad they did not shrink from the battles they had to fight. 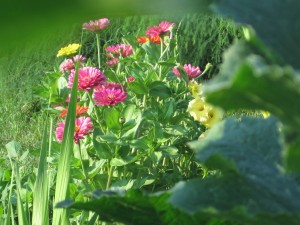 We have all fought various battles.  They really do affect the lives of our children.  For their sakes, let us not shrink away.

Is there still a battle from which you would prefer to run rather than stand up to it like Grandma did that day in her garden long ago?  If you run from the battle, it will be there years later for your offspring to conquer.  Maybe it is a bad habit.  It could be one as simple as sleeping in on Sunday morning when you could be going to church and Sunday School.  Perhaps it is an addiction.  Stand up to it and master it.  If you don’t it could end up mastering not only you, but your children.  For their sakes, fight the battle and win it.

Listen to the Apostle Paul’s testimony, “I can do all things through Christ who strengthens me.”  Philippians 4:13.

You, too, can experience that promise.  Christ will enable you to fight the battles not because you are so strong and resolved.  But rather, because His strength is superior.  Place your life and your battles under His control.  Believe in Him and in His Word.

Some day your children will be grateful for the battles you fought and won for them.