I came from a happy home with a mother, father, two brothers, and one sister.  Because of the lives we led, my heart’s desire was to also have a husband, a home, and children.

As I entered adulthood, I formed values that became my own by conviction, not just by influence from my family.  Although many of those values were the same or similar, I began to take responsibility for my life.  So I busied myself with learning in Bible study, music, and relationships.

I met the love of my life and we married.  We moved to the family farm.  I became a nurse.  We began our family.  Every one of those events was filled with new experiences for me.

Along the way, as the challenges came, survival was an issue.  Finances got tight; parenthood was demanding.  Rest and relaxation became less and less available to us.  And yet, coping with life, as hard as it was, became the vehicle to new discoveries, enhancing and bringing new joy to life.

The day came when a life-changing question popped into my head.  “If my Mom can do it, why can’t I?”  This question has played out many times in  my life. 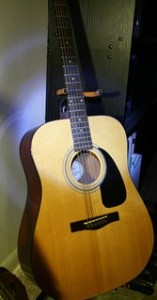 I have other interests that have developed over the years, too.  But what a blessing it has been, to come from a homelife where I can look to my parents and appreciate how they have influenced me.

« As the Garbage Goes
Dormant to Enriched »